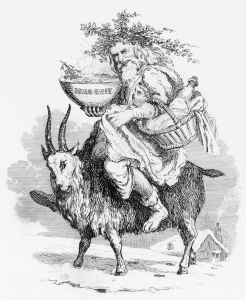 Writing about Christmas getting earlier every year gets earlier ever year. Complaining about shops putting out their Christmas items when the Easter items are still egging up the shelves, howling in pain when I Wish It Could Be Christmas Everyday starts playing on Groundhog Day, and grumbling as your appointment card for your annual infusion of Will Ferrell’s Elf arrives in July has almost become a festive tradition. So called, ‘Christmas Creep’, the aforementioned phenomenon whereby retailers introduce their Christmas-based merchandise or decorations in advance of what would traditionally be viewed as the start of the Christmas period is widely considered to be pretty annoying. Almost as annoying as mince pies being on sale so early that their best before date is well before December. Although, not as annoying as the fact they didn’t call Christmas Creep ‘Premature Elf Adulation’. Overall it wouldn’t seem to be too much of stretch to say that early Christmas is considered to be a source of annoyance, but what are the reasons for this?

Annoyance is relatively poorly researched in psychology compared to emotions such as happiness, anger or disgust with Piers Morgan. As is often the case in psychology, there isn’t even a clear consensus as to what annoyance actually is. Therefore, which theory regarding the cause of annoyance we use will depend on how we define annoyance itself. Some have chosen to define annoyance as a type of stress, some as a mild form of anger, and some as a distinct cognitive process or emotion in its own right, which nonetheless is very similar to slight anger. This is ironically irritating.

Briefly, a common definition of stress is when resources (physical or psychological) are exceeded by the demands on those resources. Lazarus, and Launier stated that psychological stress is the consequence of an individual’s inability to cope effectively with environmental demands. For example, experiments from 1971 demonstrated that people who knew that they could eventually stop a stressful noise or knew when a stressful noise would stop experienced fewer stressful effects than people who didn’t have this knowledge. If you were forced to watch The X Factor and didn’t know when the Cowelly cacophony would end, then a stress response would result. In terms of early Christmas, stress and annoyance could be related to uncertainty as to when holiday demands (shopping, social obligations to family and friends, pressure to enjoy Home Alone) will start and finish, and whether those demands can be met. While the stress of Christmas is undoubtedly a real phenomenon and we could see how a prolonged state of Christmas could increase this stress, intuitively this emotional response seems difference to annoyance.

Anger in general has been more widely studied than annoyance and has been described across most cultures and multiple species. The recalibration theory of anger argues that the function (in evolutionary terms) of anger is to promote the resolution or recalibration of undesirable situations in favour of the individual experiencing anger. Anger occurs when something is wrong and needs to be changed. You are between me and some food/ a potential mate/not having my opinion unchallenged on social media and anger mobilises psychological and physical resources for me to try to correct that. Whether that thing can be changed or not is another story entirely. Early Christmas may be viewed by some as an out-of-place environmental stimulus, resulting in anger and a desire to change or avoid this misplaced jolliness. Someone shouts ‘bah’ at you, and you respond with a ‘humbug’. 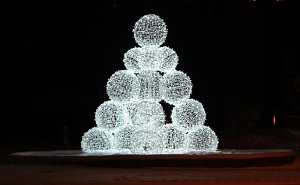 A load of Christmas balls. By Calle Eklund/V-wolf (Own work) [GFDL (http://www.gnu.org/copyleft/fdl.html) or CC BY 3.0 (http://creativecommons.org/licenses/by/3.0)%5D, via Wikimedia Commons

In keeping with the view of anger as evolved survival mechanism, which is now being applied to novel social and cultural situations, researchers such as Garrity and Cunningham have argued that annoyance is the emotional version of a withdrawal reflex. In the same way that a fly responds to a noxious stimulus by trying to avoid or move away from it, humans experience an emotion in response to a potentially ‘damaging’ situation, with this annoyance acting as a motivation or signal to withdraw from or stop the experience. This hints that for something to be annoying, some aspect of it must defy expectations. A large part of what the human brain does is to identify and seek predictable patterns. In fact, it (you) often recognises patterns where none exist. Where an environmental stimulus does not fit a pattern (I’m not normally covered in bees), it demands attention and depending on the nature of the stimulus should be avoided or stopped. As such, for a situation or behaviour to be considered annoying, it likely has three qualities: unpredictability, of uncertain duration, and experienced as unpleasant.

Moreover, behaviours that could potentially cause annoyance have been categorised into four groups of ‘social allergens’ based on how intentional they are and how specifically they are aimed at the person experiencing annoyance. These don’t necessarily explain why behaviours are annoying, but do allow some more precise description of annoying situations. The four groups of social allergens include: 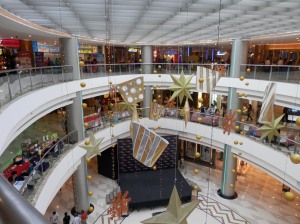 Which social allergen could an early Christmas be categorised as? There are several reasons people give for finding the early celebration of Christmas annoying. Many feel that the extended displays of Christmas behaviour are a sign of increasing commercialisation of the holiday, which is annoying in itself, and argue that this encroaches on family- and religious-based reasons for festivity. Additionally, a reasonable proportion of complaints against earlier Christmas relate to a dislike of emotional manipulation that they feel is being directed towards them by companies, organisations and saccharine relatives. In related reasons, some people argue that having the Christmas period start earlier and take place over a longer period of time dilutes and removes the specialness. Others state that having Christmas ‘start’ earlier is against the traditions associated with Christmas. The behaviours can be considered intentional in that retailers mean to be putting out their stock and decorations (they didn’t sneeze and accidentally spray tinsel everywhere). The level of direction is debatable. Christmas stock is basically aimed at everyone without being targeted at individuals and as such is fairly undirected. However, Christmas advertisements and items tend to have demographics they are aimed at giving them a modicum of direction. Overall we can classify the annoyance of early Christmas as an example of rule breaking and as an intrusive behaviour.

In summary, it would seem that psychologically, early Christmas can be classified as an intrusive behaviour and as an example of rule breaking. People experience this as an unpleasant collection of environmental stimuli that they weren’t predicting to occur yet and don’t know how long will last. Annoyance is then experienced as a mild form of anger to mobilise physiological and psychological resources for the avoidance of these stimuli.

The cingulate cortex is a part of the limbic system which has generally been associated with the formation and processing of emotions, learning and memories. MRI studies suggest that the cingulate cortex is involved with annoyance, noting a positive correlation between blood flow to this area of the brain and the level of irritation. Other brain areas implicated in the feeling of annoyance are the hippocampus (consolidating memories of annoyance with early Christmas from short- to long-term) and the amygdala (forming and retaining emotional memories of how annoying early Christmas is). However, the list of emotions and functions these brain areas have been associated with isn’t getting any shorter (I checked it twice), so any understanding of a neurological basis for annoyance with early Christmas is basically non-existent. While it can be helpful to know that theories can be applied to a wider range of relevant phenomenon, there’s no evidence for any of this with regards to why early Christmas is annoying and research probably isn’t forthcoming. This means this entire article is basically a Just So story (or Just Ho Ho Ho story if you prefer). How annoying.

One thought on “Why is early Christmas so annoying?”